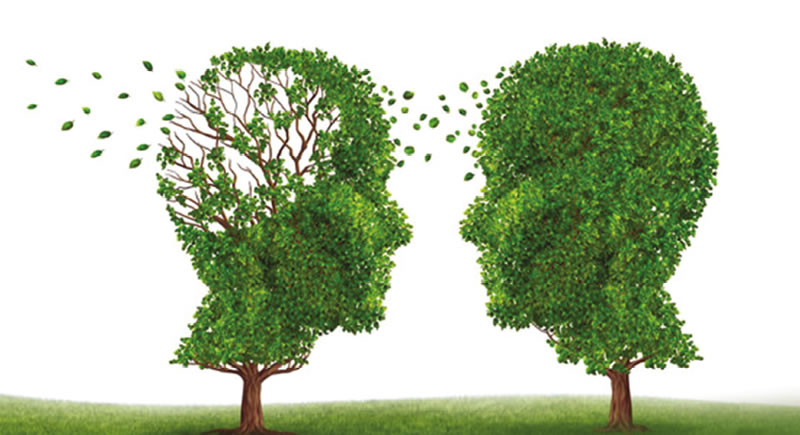 by Giles Eyre and Linda Monaci

Ms D. suffered a preventable subarachnoid haemorrhage (SAH) at age 45, which left her with a degree of cognitive, physical and emotional symptoms. At the time of the index event she lived with her partner and their 17-year old daughter; she worked part time in a warehouse. She brought a claim for negligence against the healthcare provider.

On discharge from hospital she was reported to be able to wash, dress and safely cook a meal with minimal physical restrictions. Subsequently she had some community neurorehabilitation and on numerous occasions was referred for psychological support due to mood disturbances and prescribed antidepressants.

18 months after the index event, Ms D. reported that since the index event she had been unable to live independently, needing considerable help, for instance to organise and carry out shopping, cooking, dressing. Her partner attended the appointment with her and he also (consistently with her self-report) indicated that she could not live independently and that he now supported her including in all financial matters. He reported that he had to give up his job as a building contractor to become her carer and had recently applied for Carer’s Allowance. Ms D, now medically retired, received a small work pension and state benefits. All spare income was spent in funding the partner’s on-line gambling which appeared to take up much of his time.

The assessment could not objectively establish the degree of cognitive decline because Ms D. failed effort tests so she was likely to have underperformed on tests of cognitive functioning. Ms D. also over-reported physical, cognitive and emotional symptoms on a questionnaire that included validity scales. Her underperformance and overreporting were considered to be consistent with malingering, factitious disorder or somatisation; in the first two the person has a conscious intent, but this is subconscious in the latter.

Ms D.’s medical history suggested a past tendency to somatise (i.e. experience physical symptoms in response to psychological stress). There was consistency between her reports, her partner’s reports and the multitude of contacts with her GP, rehabilitation team and services providing psychological support. As a teenager she had been involved in a relationship that featured physical, emotional and sexual abuse; she also had a long-standing history of recurrent depression.

During the relationship prior to her current one, which also featured physical and emotional abuse, she was charged with several counts of theft and handling stolen good, which she reported committing to please her partner at that time in the hope that he would stay with her and they would get married. She had not reported any abuse by her current partner, but her history prior to the SAH indicated she was a vulnerable individual and she had a tendency to become emotionally dependent on the men with whom she formed romantic attachments and as a result she had made decisions that were not in her best interest (e.g. becoming involved in criminal acts, remaining in abusive relationships) to maintain the relationship. It was significant therefore that she was now content that much of their meagre income went on the partner’s gambling.

In order to try to establish her cognitive problems, the neuropsychologist considered data on the prevalence of cognitive problems following a SAH, cognitive test data, behavioural observations, interview, third party reports and information contained in the medical and occupational records. While the cognitive testing results could not be relied on (because of the failed effort tests), all other information consistently indicated that since the index event she had difficulty in maintaining goals and this was consistent with executive problems, impacting also on her social and interpersonal functioning.

When the neuropsychologist asked questions aimed at understanding her ability to manage finances, Ms D. reported to be completely independent and having no problems. However, when Ms D’s partner was interviewed (separately), he reported that Ms D. needed support with money management which he now took complete responsibility for, saying she would “regularly lose her purse”.

Ms D. reported seeing herself as physically and cognitively disabled. She did not enjoy going out or meeting others as social interactions created heightened anxiety for her. As a result, she and her partner were socially isolated and she had become even more emotionally vulnerable and dependant on him. Although the results of the cognitive testing were not conclusive, there was abundant behavioural evidence that, while even before the index event she was disorganised and struggled with completing a training course, since the brain injury she was less socially aware (e.g. often making socially inappropriate comments) and she was considerably more anxious and vulnerable and dependant than she had been before the SAH.

(a) to understand the information relevant to the decision,

(b) to retain that information,

(c) to use or weigh that information as part of the process of making the decision, or

(d) to communicate his decision (whether by talking, using sign language or any other means).” “The information relevant to a decision includes information about the reasonably foreseeable consequences of—

(a) deciding one way or another, or

(b) failing to make the decision.”

Upon direct questioning, although Ms D’s responses suggested that she had capacity, the key issue was her ability to weigh up information and her ability to do so in face of possible influence by those close to her, as indicated by her pre-morbid history and more recent events. There was a mismatch, typically observed in individuals with executive problems (the likely consequence of the SAH) between what she said she would do and what she actually did in reality. In addition, there was her pre-existing emotional vulnerability and tendency to undertake actions that were not in her best interests in order to preserve a romantic relationship.

- Ms D. reported managing finances without help but needing help with more basic activities such as self-care, which was inconsistent with the cognitive abilities required by these tasks.

- The records showed that before the index event, on several occasions, she agreed to do something but then failed to go through with her stated intent.

- Given her history of somatisation, her underperformance on cognitive tests and over-reported symptoms were highly likely to be the result of somatisation rather than malingering or factitious disorder, however, intent cannot be excluded due to the presence of secondary gains, both in terms of financial rewards but also care (e.g. her partner had applied for Care’s Allowance and there was a clinical negligence claim).

The Neuropsychologist, contrary to the opinions of the psychiatrist and neurologist instructed, raised the issue of vulnerability and that due to pre-existing emotional vulnerability, together with her perceived disability, social isolation and problems in executive functioning since the SAH Ms D was even more vulnerable to being exploited and manipulated by others and at high risk that she would allow the substantial damages she was to receive to be gambled away by her partner in order to appease and placate him. In these circumstances she was not just likely to make a bad financial decision, as she was entitled to do under the mental capacity test, if she felt this was necessary to maintain a romantic relationship, but because of those factors she was unable properly “to use or weigh that information as part of the process of making the decision”.

While the MCA presents with a 2-stage test that needs to be applied to establish whether an individual lacks capacity, ‘borderline’ capacity cases raise difficult, and at times almost philosophical issues, as to what is meant by the proper weighing of information, and how judges approach such cases.

Each case is unique and among experts a range of opinions can often be found. It is ultimately a matter for the Judge to apply the law in each individual case, but it would be helpful for both members of the legal profession and expert alike to be able to access Court decisions in such difficult cases, including in the County Court and Court of Protection, to be able to enrich their understanding of the application of the MCA (2005) in practice.

Blogs at www.Medico-LegalMinder.net Gives training and seminars to and holds workshops for experts on providing effective expert reports and giving effective evidence in court.

Dr Linda Monaci provides a nationwide specialised and comprehensive neuropsychology assessment and treatment service for individuals (aged 16 years and over), insurers, solicitors and other agencies.

Assessments can also be carried out in Italian.

This article was previously been published in the New Law Journal. Many thanks for permission to reproduce

Writing Reports For Court. Some Guidance For The Aspiring Expert Witness.

What is Forensic Gait Analysis?

Fire Investigation and the Expert Witness

First Do No Harm: Complications and Complaints will Change Pelvic Floor Surgery Using Mesh Implants in 2015

The Advocate and the Expert in a Testamentary Capacity Claim

Developing Forensic Practitioners of the Future

Understanding the Hierarchy of Legislation: Acts, Regulations & Codes of Practice

Expert Engineers Plus? How Collaboration can Add Value

The Expert Witness in Adjudication

Alarming Cycle of Head Injury in the UK

“I’m Not Dead Yet!” Forensic Pathology in the Living.

Tips for Safeguarding and Securing Your Home

You Can’t Always Get What You Want: Defending Applications For Interim Payments

Quantifying the Financial Effects of Termination

Landlord and Tenant Disputes – How Experts can Avoid Judicial Criticism

When Safety Drives Metallurgy: Prospects for the Increased Use of Micro-Alloying in Rebar

Expert Evidence on Share Valuations: When to use hot tubbing in unfair prejudice petitions

What Happens in a Client Money Investigation?

Dispute Resolution Case Law Update: Should non-parties be granted access to all documents placed before the Court during a hearing?

Digital Technology could Uncover Links between Stress and Disease

Psychological Factors Following a Trauma: Experiences on a Continuum

Current Problems and Pitfalls for the Expert Witness